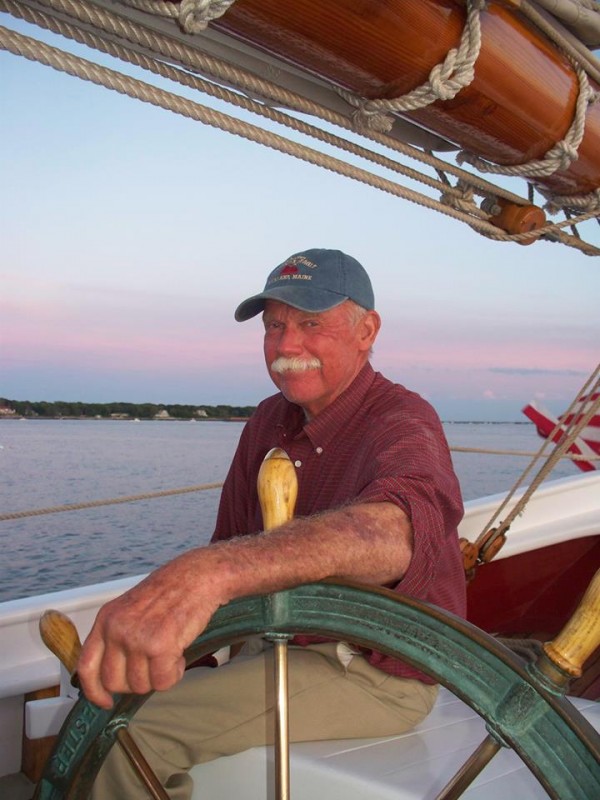 Captain John Foss has been sailing the Maine Coast since he was little. He has skippered his own windjammer since 1976. He and his crew work year round keeping the Eagle in top shape. At the North End Shipyard which he has co-owned since 1973 with two other schooner captains, perishable skills and techniques are preserved and used regularly. He holds a 1,600 ton auxiliary sail oceans license.

A sailing trip with Capt. Foss is a short course in the history and dynamics of schooners, fishing, and the Gulf of Maine and of the literature of the Sea. His humor and enthusiasm radiates; he is someone who loves his job and shares his experiences with others.

After twenty years as a reporting member of the Maine Island Trail Association, Capt. Foss was named Island Adopter of the Year for 2008, an award recognizing his devotion to thoughtful island use.

Our sailing adventures have been featured in a lot of magazines, newspapers and travel websites including: